That is a Convenient Opportunity. 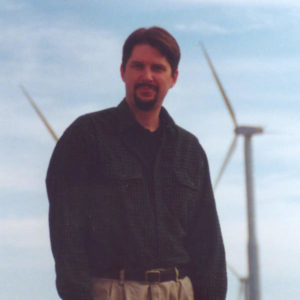 The energy from a wind farm or a coal plant or any other power plant simply goes where it is most needed, like water running down hill. A Green Tag (Renewable Energy Certificate, or REC) is a contract that articulates the environmental benefits and characteristics of renewable energy and separates them from the underlying power. Those environmental benefits can then be sold to a buyer, whose economic support allows the renewable power to out compete traditional (polluting) power on the electric grid. This allows anyone, anywhere to support as much renewable energy as they want to, regardless of where the electrons go.

The flexibility provided by Green Tags allowed the voluntary green power market to scale, because it gave all the stakeholders what they want: